Well once again Dee and I had reason to rejoice in another year of wedded bliss and in doing so for this our 27th we opted for a ride to Yosemite where it all began and then over to Kings Canyon because, well just because I needed to.  Dee’s bike picked a prime time to need mechanical work and so it was Skibold to the rescue and he loaned us one of their trusty steeds.  There is no way for me to say thanks enough to Ken and Gail for the loaner.
We tried to take the road less traveled as much as possible and since we were going to stay in Mariposa for a couple nights we went up North Fork Road off 41 and went by Bass Lake. 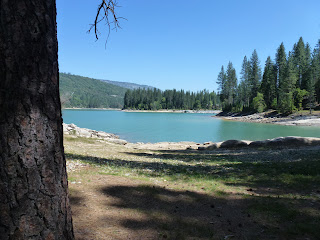 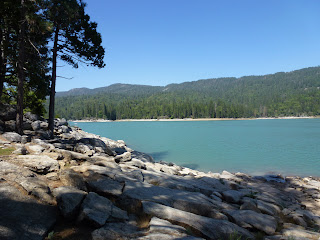 Friday night we were nearly lured into the Pizza Factory for dinner but since we had Costco pizza the night before we decided on Mexican thinking we would hit the Pizza Factory Saturday.  Saturday morning we saw smoke billowing from up the street and on walking up to check it out I noticed the creek was filled with foam. 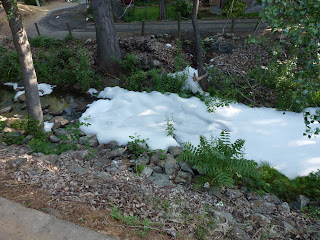 Getting to the main street this is what I saw.  The Pizza Factory had burned to the ground the night before.  This is a tough hit for a small town like this. 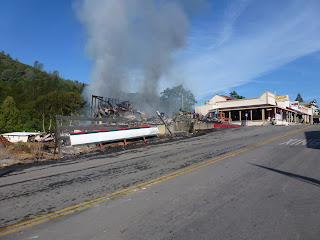 After our continental breakfast we headed on up to Yosemite.  Here we have some pictures of the Merced River and the bikes. 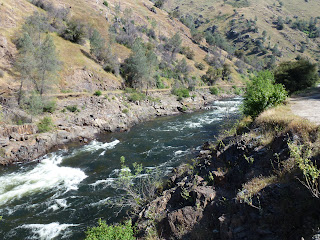 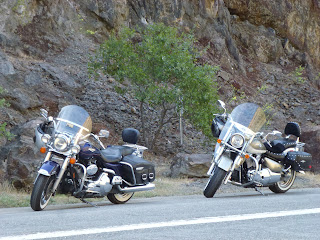 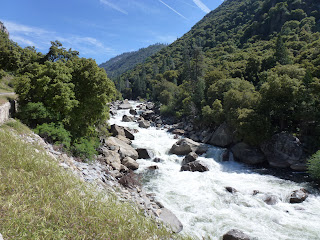 Yosemite Falls and the valley shot. 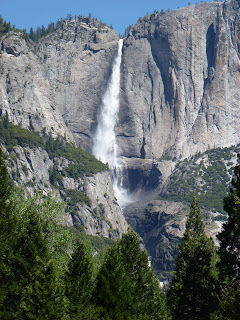 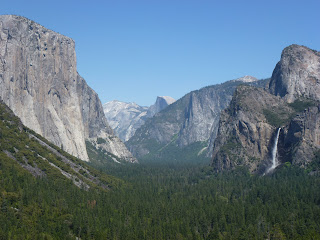 We headed on up to Glacier Point where we captured a bunch of photos and here are but a few. 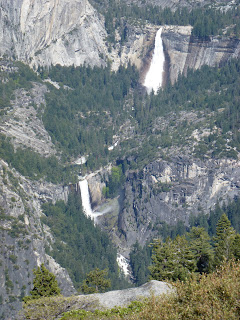 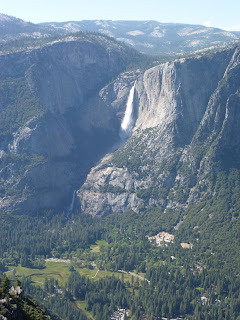 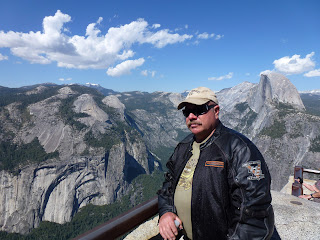 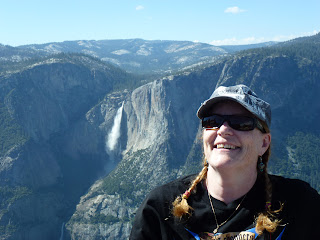 Sunday morning we headed off toward Kings Canyon N.P. taking the back roads.  We had to figure out where we were now and then but we finally made it.  Here are a few spots along the way.
Kerckhoff Lake 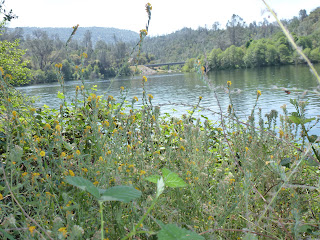 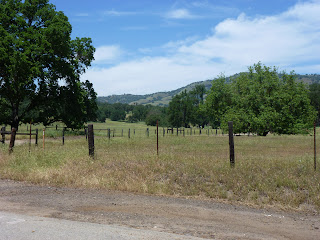 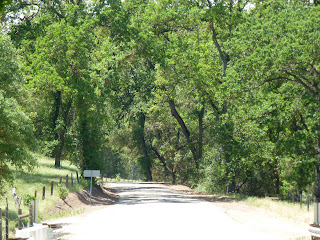 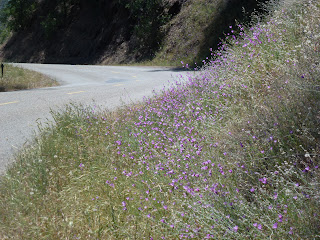 Pine Flat Lake looks like a great place to launch the boat! 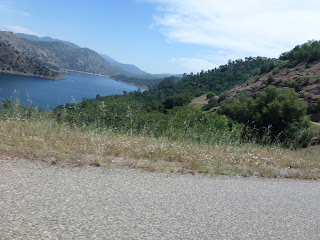 Many old barns dotted the countryside along the way. 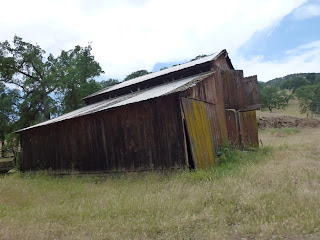 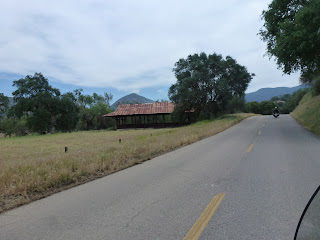 Some of the residents of Wonder Valley along Elwood Road came out to greet us. 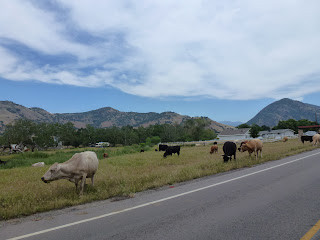 We stayed at the John Muir Lodge in Kings Canyon. 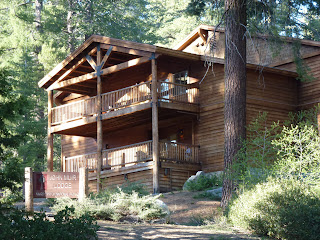 The next morning we headed down into the canyon and here is a view of the road. 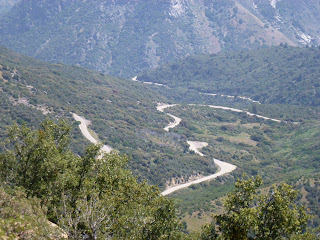 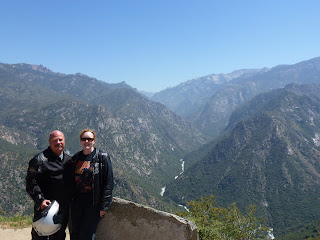 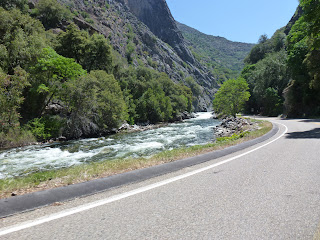 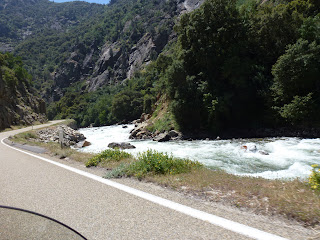 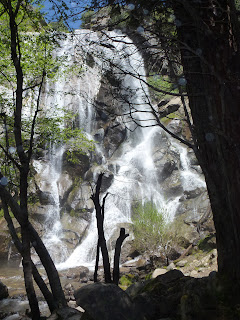 On the way out of Kings Canyon we stopped at Hume Lake and enjoyed the views.  Looks like it would be a nice place to relax for a few days. 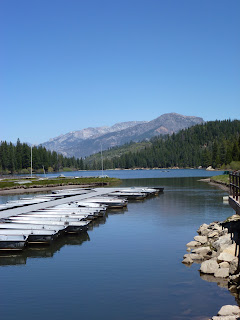 Thanks for checking out our photos.
Posted by Old Surf Dog at 10:20 AM No comments: